German farmers are undoubtedly in a quandary. On the one hand, consumers are increasingly demanding that cultivation be as environmentally friendly and sustainable as possible. On the other hand, there is still a certain price sensitivity among customers: If potatoes or flour suddenly cost twice as much everywhere, the outcry would be understandably great. The issue of weed control plays an essential role in this dilemma for farmers. Herbicides that are considered “chemical herbicides” no longer seem socially and politically desirable. The best-known example, glyphosate, is to be banned from German fields by law in the foreseeable future.
“But of course this won’t stop the weeds from growing,” says Dirk Vandenhirtz, partner and managing director of the Aachen-based start-up crop.zone. Just saying that conventional weed control with chemicals is “stupid” does not solve the problem. “Real alternatives are needed, because the enormous demand for agricultural products can no longer be satisfied with a rake in the hand….”

have a look at the latest publication about crop.zone hybrid herbicide of IHK Aachen (chamber of commerce Aachen) 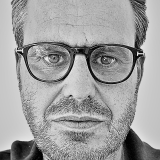